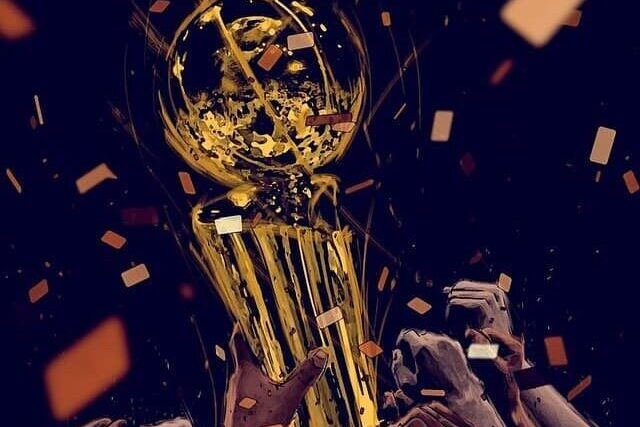 The National Basketball Association (NBA) is one of the most competitive significant sports leagues globally. Like any other sport, teams have to compete stiffly and face each other to be accorded the champion status.

Every year in April, NBA fans get excited as this marks the start of NBA playoffs. The playoffs are pretty competitive and thrilling to watch, as teams fight to get a chance in the finals and finally head to head to win the championship.

Since its inception, seventy-four teams have already won an NBA Championship. Boston Celtics and Los Angeles Lakers have the highest number of winning, with each having won seventeen times. This is almost three times the following teams on the list. So far, only twenty teams have entered the championship list.

Winning an NBA championship is no walk in the park. You have to put on a good play and a balanced team that will compete throughout the knock-out stages to the finals. However, winning a championship can be affected by issues like injuries, superstars leaving, and bad luck.

The NBA is a very fierce league, and teams without a championship should not feel ashamed. After all, only one team gets accorded the championship label. During the 2018/2019 season, the Toronto Raptors came from behind and won the championship. Based on their previous playoffs, this was something impossible. Magic? Not really! Hard work and determination made them the champions.

Building a competitive NBA team is complex, but having it at the top is a more daunting task. In this article, we shall discuss the eleven NBA teams that are yet to carry the championship home. Some of them have a high chance of bagging it, while some have a lot of work to do. Below are the eleven teams that are still ringless in the NBA league:

Which NBA Teams Have Never Won a Championship?

New Jersey Americans, as they were initially founded in 1967, the Brooklyn Nets have won only two ABA championships in the 1970s as the New York Nets but are yet to win an NBA championship. Having entered the league as two-time ABA champions, they were projected to win the league, which unfortunately did not happen.

During the 2002 and 2003 playoffs, they went back-to-back at the NBA finals but lost to LA Lakers and San Antonio Spurs, respectively. They have been unsuccessful in getting back to the NBA finals since 2003.

However, with James Harden, Kyrie Irving and Kevin Durant in their new project, they have a good chance of getting to the finals and bagging the championship.

Founded in 1967, Indiana Pacers had been the most successful team in the ABA league over the nine years. They won three championships and appeared two more times in the finals. However, they were unable to carry the success into the NBA league.

In the NBA, they have had appearances in the finals through Reggie Miller only once, but in 2000, they, unfortunately, lost six games to the Lakers. They have dealt with some of the strongest teams, including Cavaliers, Lakers, and Chicago Bulls. The Indiana Pacers are the only Central Division team that is yet to win a championship.

The Denver Nuggets was established in 1967 as the Denver Larks. They then became the Rockets before ABA’s first season, then changed to Nuggets in 1974. in 1976, ABA’s final season existence, they managed to the finals, but they have never made it to the NBA finals. In 2009, Carmello Anthony and Chauncey Billups led the team to the Western Conference finals but lost to the Lakers.

Having had the most legendary players like Carmelo Anthony, and Alex English, it is still unfathomable why they haven’t bagged the NBA championship. Recently, they have put together versatile and strongest cores in the league that has enabled them to become top teams in the west.

In the ’90s, Charlotte Hornets was one of the strongest teams. It was an expansion team that started in 1988 but had no success. They were then re-established as Bobcats in 2004 but were then renamed as the Hornets in 2013.

Key notable players included Larry Johnson, Alonzo Mourning and Muggsy Bogues, who ensured that the team was always positioned to contend. Long gone are their glory days. They were unable to go past Chicago Bulls and the New York Knicks.

Nowadays, they are constantly among the bottom teams that drive away free agents. With such a standing, they have the slightest chance of becoming NBA champions.

The all-time basketball great Michael Jordan became the premier former NBA player to own a team in the championship when he purchased the Charlotte Hornets. Actually, the team enjoyed a 20% value increase in 2018/2019 season upon the purchase.

Having joined the NBA as an expansion team ahead of the 1988-1989 season, the Orlando Magic became one of the hottest teams after signing the legendary Shaquille O’Neal and Penny Hardaway. The duo made it to the finals in 1995, but they lost to Houston Rockets.

In the Eastern Conference Finals, Orlando Magic was knocked out by the Chicago Bulls. Their chance of bagging the championship became more impossible after Shaq signed up with LA. However, Dwight Howard took the team to the finals but could not make it past the Lakers.

The Phoenix Suns joined the NBA in 1968 as an expansion team. They have made it to the NBA finals twice but have unfortunately lost in both. Their first appearance in the finals was in 1976, but they, unfortunately, lost to the Boston Celtics.

Charles Barkley and Kevin Johnson led the Phoenix Suns to the 1993 NBA finals. Since then, they have had terrific squads and, on various occasions, have accused the NBA refs of rigging as a way of preventing their progress through the playoffs. In NBA history, Steve Nash led an entertaining offense that will make the team stay long without winning the championship.

The Memphis Grizzlies was started in Vancouver in 1995 before relocating to Memphis in 2001. Despite having players like Shareef Abdur-Rahim and Paul Gasol, they have had a fair share of ups and downs. They have never come close to having a winning season and have only managed to play at the Western Conference Finals, where the Oklahoma City Thunder knocked them out. In 2013, they lost four games to the Spurs, diming their chance into the NBA finals. They are yet to make a trip to the NBA finals.

The Los Angeles Clippers was founded in 1970 as the Buffalo Braves and have played eight seasons in the Empire State before heading to San Diego in 1978. They moved to LA ahead of the 1984-1985 NBA season and have for a long time been the laughing stock.

Let alone making it to the finals, they have never reached the conference finals despite having excellent teams and playing for over ten years. However, things might soon change, having added Paul George and Kawhi Leonard to the roster. The chances of making it to the final and winning the championship are very high with such a duo.

Minnesota Timberwolves was established just before the 1988-1989 NBA season. Like any other expansion team, they struggled in the early years, but things started to change when Kevin Garnett joined them in 1995.

They made their first appearance in 1996 and proceeded to make eight more straight postseason appearances until 2004. By then, they had made it to the Western Conference Finals but unfortunately lost six games to the Lakers. The team became a massive success among the fans, but they have been among the bottom teams in the NBA for a long time.

The New Orleans franchise has not been around for long as it was started in 2013. They were initially established as New Orleans in 2002 as the New Orleans Hornets but changed to New Orleans Pelicans in 2012. They have played in sixteen seasons, but they are yet to appear in the NBA finals.

The team has fought to hold on to their stars like Anthony Davis and Chris Paul, but they have added Zion Williamson to the team. Maybe he was the missing piece to their championship. With such players, they might make it to the finals within no time.

Utah Jazz was the first team to play in the NBA, where they played for five seasons before shifting to Salt Lake City in 1979. In the 1983-1984 season, they made twenty consecutive appearances in the postseason.

With legendary players like Carl Malone and John Stockton, it is still a baffle how Utah Jazz missed the NBA title. They made back-to-back finals in 1997 and 1998 but could not bag the title after losing to Chicago Bulls.

Currently, Utah Jazz is having a great season. This is mainly because of their strong defense and balanced attack.

Oklahoma City Thunder (Worth a Mention)

The Seattle Supersonics won the title in 1979 and Oklahoma City Thunder, although moved to a different city, maintained its records and accolades. So technically, we can argue that they have at least won an NBA championship.

However, some Oklahoma City Thunder fans still maintain that the 1979 championship should not count since their fan base is no longer the same. There is also hope that when the Sonics make it back to the league, they will want their Larry O’Brien trophy back.

Many teams in the above list have a high chance of bagging the NBA championship, while some don’t stand a chance at all. If your team is on the list, it is frustrating even thinking about it. But, things do change. Toronto Raptors, for instance, would have been on this list, too, but they are the new NBA champions.