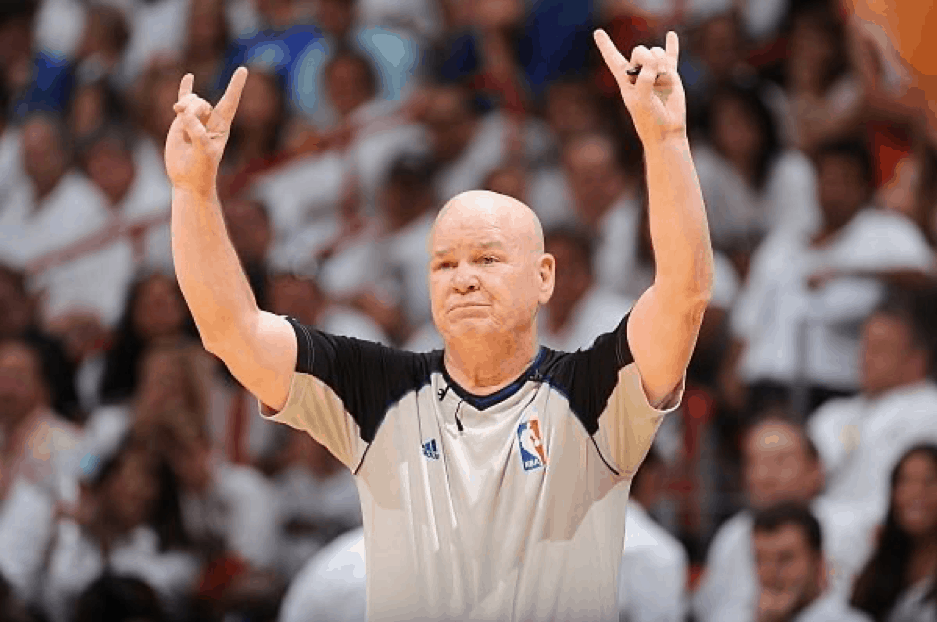 Every season, according to the NBA, 30 teams participate. Each of these teams plays not less than 82 games per season. The top teams play a slightly higher number of games. Aside from coaches, players, workers, and other staff, referees are essential in an NBA game.

Having established the vital role NBA referees play in a game, it is only natural to be concerned about their salaries.

How Much Do NBA Referees Make?

Like with many other professions, an NBA referee’s salary depends on his or her grade. The salary increases as the professional gains more experience and takes charge of more games.

Of great importance to note is that the salaries of NBA referees have increased over the years. If the past happenings are anything to go by, the trend will remain the same even in the years to come.

Entry-level NBA referees earn a salary of $150000 every year. These referees, just like their WNBA counterparts, are eligible for a higher wage after 3 – 5 years of experience.

Professional or senior-level NBA referees earn a salary of $55000 annually.

The issue of the wage gap in the WNBA is a serious one. The contentious gender wage gap issue has been an issue of heated debate over the past three or so years due to the burgeoning nature of WNBA visibility behind social media.

Their pay isn’t that high compared to their male counterparts. Women National Basketball Association referees rake in $425 per game or around $180000 per year. On average, the earnings of entry-level WNBA referees per game is $600 or roughly $250000 annually.

After 3 – 5 years of officiating, referees qualify for higher salaries at the senior level.

When it comes to earnings per game basis, NBA referees tend to enjoy a better payout. As we have already established, the range of NBA referees is around $150000 and $250000, while the number of regular games every season is 82.

Therefore, calculating the earnings per game is a breeze. All we need to do is divide the annual pay by the number of games.

How NBA Referee Salary Changes with Other Variables

It is important to note that NBA referee salaries aren’t limited to the ones we’ve highlighted above. Many variables are involved.

For instance, referees that officiate playoff matches are the highest paid in the game. These receive an extra $800 – $5000 for each game on top of what they earn at their referee level.

Did you know that NBA refs can earn as much as $10000 for every game in the maiden two rounds during a playoff? This can further increase to more than $30000 per game for officiating a semi-final or final. Top NBA referees such as Tony Brothers and Scott Foster, who are generally chosen to officiate top games, are paid handsomely.

Another essential thing to note is that while NBA referee salaries increase based on the variables mentioned above, only the experienced and senior-most officials can enjoy these lucrative pays during playoffs.

Some of the other attractive incentives on top of the NBA salary include retirement benefits, insurance, and travel stipends.

How Does NBA Referee Salary Compare to Other Major Sports League

In all sports, the NBA included, an umpire or a referee’s role happens to be the most important. These professionals are responsible for presiding different facets of a game. The pay scale of every referee is different per the season, league, and sport.

On average, the referee salaries across different leagues in the country are perpetually within the same range. The range of NBA referees’ salaries is somewhat more compared to referees in other major sports leagues such as MLB and NHL umpires.

On the flip side, it is less in comparison to NFL referees.

Here are the general salary ranges of the different major sport leagues:

Constitution of NBA Match Officials and their Roles

Besides learning about a referee’s salary, it is also essential to understand what constitutes match officials in the NBA. Well, there is usually one lead official who acts as the leader. Others who accompany the lead official are one umpire and one referee.

The umpire’s primary role is play-calling during a game. The official NBA website describes the umpire’s role as basic mechanics that comprise team foul awareness, positioning, clock, and rotations.

Umpires boast in-depth knowledge of rules. Their primary focus is on the game’s main action in the court.

The other referee, on the other hand, has a broader view of the gameplay. These officials tend to be less answerable for the ball’s straightforward foul calls. Nevertheless, they’re always on the lookout for off-ball indiscretions such as paint violations or moving screens.

Crew chiefs generally oversee the game compared to the referee or umpire. They’re leaders of the other officiating crew off and on the court. These officials are always at the forefront of significant game decisions, which explains why they earn more than others.

How to Become an NBA Referee?
How Much do Athletic Trainers Make in the NBA?