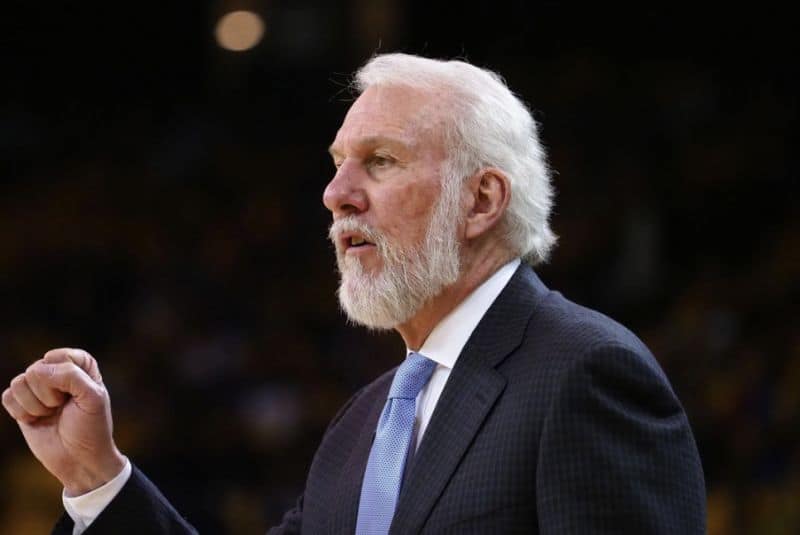 NBA coaches have a very hard job and they are partially responsible for every victory that their team wins. For good reasons, the NBA coach salary is one of the highest in the field.

In spite of this pressing factor, NBA coaches don’t make a similar income when contrasted with the players. Still, all things considered, it is one of the most lucrative positions around.

While the job of NBA coaches became increasingly harder and tougher every year, some of them still make an incredible job with lots of victories and, for this reason, get a very high salary.

According to ESPN, NBA players earn as much as $43 million. While NBA coach salaries are high, there is a significant difference between them both. This is why we’ll go through the average salaries of experienced coaches today.

From the experience of Gregg Popovich to the titles of Doc Rivers and more, we’ll go through the NBA coach salary as well as how these coaches got where they are.

Here below, you will find the highest NBA coach salary that you need to know.

Most NBA coaches don’t earn as much as some players. However, as you will be able to see below, some NBA Coach salaries are still very high and they live on pretty comfortable standards.

If you’re here to know the highest-paid NBA coaches, their salary, how they got there, and their titles, make sure to read below to have a better idea of why NBA coaches are well paid.

Gregg Popovich has proven himself time again to be one of the most successful coaches in the league. He is on a very high-profile job, many people still hold his head high for the job he has done with the Spurs.

He took over the Spurs in 1996 and he’s still their coach nowadays. It is important that he holds the title of the longest lasted NBA coach and, therefore, his experience is unequaled and this explains his NBA coach salary.

In addition, Popovich has the most victories in NBA history surpassing all other coaches.

The Spurs have won 5 National Basketball Association championships and Popovich has made it known over the years that he plans to win more of them in the future.

Gregg Popovich also received many important titles such as:

More recently, on the 27th of March 2021, Popovich, together with the San Antonio Spurs, won the 1300th season game of his career. Needless to say, this is an impressive milestone and Popovich is only the 3rd NBA coach to have reached it.

To sum up, Gregg Popovich is simply the best coach in National Basketball history and his NBA coach salary only reflects his experience.

The Los Angeles Clippers is a team with several great players, but they need their great coach Doc Rivers. Doc Rivers is a firestorm in the basketball world, as he is one of the most innovative coaches in the NBA.

He has won titles with some of the greatest teams in the history of the game, and he has led his teams to some surprising, almost never-ending success.

Many people agree that Doc Rivers is one of the greatest coaches in the history of the game, and his reputation is deservedly so. For this reason, he has one of the highest NBA coach salaries which is well deserved.

He joined the LA Clippers in 2013 and he was, before that, the NBA coach for Orlando Magic and Boston Celtics.

Of course, given his experience, the years passed at the LA Clippers, and the number of titles won, his NBA coach salary is remarkable at $10 million.

Rick Carlisle has a high NBA coach salary due to his experience, the teams coached, and the seasons won, and we can only understand why.

Eventually, Rick Carlisle was hired by the Dallas Mavericks on the 9th of May 2008 where he’s still coach now.

Needless to say, his experience as a coach in multiple teams makes him one of the best coaches and, therefore, got him a high NBA coach salary.

Scott Brooks, born on the 31st of July 1965 is the well-respected NBA coach for the Washington Wizards team and he led them to many victories and titles which got him a higher-than-usual NBA coach salary.

Before becoming a reputable NBA coach, Brooks was a talented player for 10 seasons (from 1988 to 1998) and was in famous teams such as:

Additionally, before being the coach for the Washington Wizards, he was coach at the Oklahoma City Thunder and led them to a 50-win season. In that same season, he was named the 2009-2010 NBA Coach of the Year.

The following year, 2010-2011, he led the Oklahoma City Thunder to the Western Conference Finals but they eventually lost.

Today, he is the 24th head coach of the Washington Wizards earning $7 million, according to Spotrac.

Billy Donovan is another persona that managed to find his way into the basketball field and became one of the most talented NBA coaches.

Donovan coached the Orlando Magic in June 2007 and accepted the offer of $27.5 million over the course of five years.

Finally, in September 2020, Chicago Bulls hired Billy Donovan as their new coach for an amount of $24 million and he got his first won on the 29th of December against the Washington Wizards.

Other than his remarkable career in the NBA, Donovan was also chosen to be the head coach for the USA Basketball team on 3 different occasions.

While some of the salaries aren’t publicly disclosed, we researched all the NBA coach salaries for you so you don’t have to.

Of course, there are several factors to their salary from experience to popularity, and this is why they are lower than their colleagues above. Let’s go through the lowest-paid NBA coach salary:

He began his career in the NBA as assistant coach with the New York Knicks and Houston Rockets.

After that, he had coached the Charlotte Hornets team for years and was then hired for coaching the Orlando Magic in May 2018.

While he coached only 2 teams, his NBA coach salary is more than deserved and he managed to bring some incredible victories to the Orlando Magic.

Borrego is another coach that gets $2 million per year and that worked hard in is career for this income.

In fact, James Borrego has been assistant coach as well as head coach in different teams such as San Antonio Spurs, Orlando Magic, and Charlotte Hornets, where he was named the first Latino person as head coach in 72 years of NBA history.

While his NBA coach isn’t the highest, the Hornets performance is remarkable and they are among the first teams in the Eastern Conference in the season 2020-2021.

Needless to say, Borrego brings lots of experience to the NBA field and he definitely deserves his millions.

Last but not least, Mike Budenholzer is another incredible coach with years of experience in different teams.

Budenholzer, or coach Bud, was assistant coach for the San Antonio Spurs under Gregg Popovich and was then head coach of the Atlanta Hawks and the Milwaukee Bucks.

If we check all of them, the lowest NBA coach salary is $2 Million. Of course, while this is calculated on much more than that, it is still a good income for playing 82 games a year.

What Is The Average NBA Coach Salary?

If we take the 3 highest and 3 lowest salaries, we can see that the average NBA coach salary is just over $5 million ($5.3, to be precise).

Given the fact that each season has 82 games, NBA coaches earn around $64,500 per game.

Of course, there is much more than this such, as preparation and strategy, however, it is still a considerable amount to live comfortably.

These were all the NBA coach salaries that one should know. Of course, these are pretty high amounts but they are nonetheless justified for the years and amount of experience that all these professional coaches have.

Other than that, it is important to note that most NBA coaches have studied in reputable and popular universities. In fact, other than a background as an NBA player, they will also need to have the mathematical mindset and sometimes even a science one.

To conclude, you now know the salaries of worldwide famous NBA coaches and how they got there. Whether you are a professional willing to get to their level or simply getting some experience, you know what to expect as a premium coach.

What is the G League Salary? (Highest, Lowest and Average )