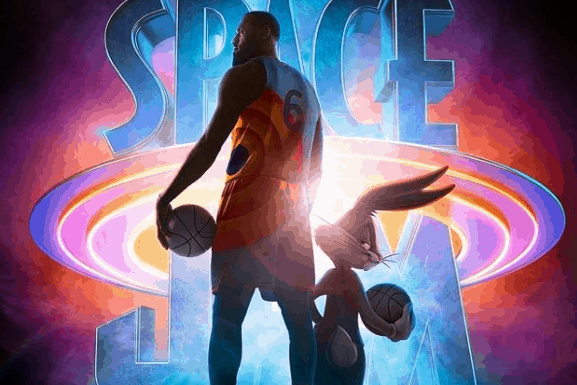 When it comes to popular sports, it’s hard to beat basketball with a worldwide following of over 825 million fans. This fast-paced sport is not just entertaining but has also inspired some of the best basketball songs of all time.

So, whether you are a diehard basketball fan or a newbie who likes to hoop to some pumping beats, here’s a look at the top ten basketball songs you need to check out.

With over 200 million views on YouTube, this superhit packs just the right amount of attitude and energy to get you pumped up. With megastars like Eminem, Kanye West and Lil Wayne working with Drake, this basketball song was bound to be a hit for basketball players and fans alike.

This song honours Laker’s megastar Lebron James and was the soundtrack to his More than a Game documentary.

If you want a basketball song to boost your confidence as you play or warm-up, Drake’s Forever strikes all the right notes.

Hip hop and basketball are intricately intertwined and it’s no surprise that Eminem’s Lose Yourself is one of the best basketball songs of all time.

While this song’s lyrics do not specifically reference basketball, the beat, inspiration and swagger in this hit make it a perfect fit for the sport. Lose Yourself is Eminem’s most acclaimed song to date and has garnered over 1 billion views on YouTube.

Look, if you had one shot or one opportunity / To seize everything you ever wanted in one moment / Would you capture it

With such lyrics it’s not hard to see why this song makes most basketball playlists. If you are looking for an inspirational, entertaining and adrenaline pumping song, you cannot go wrong with this one.

This song evokes fond memories for many basketball fans from the ’90s. This song was used as the official NBA theme for NBA on NBC for most of the ’90s and early 2000s. This classic was also used as the 2008 Olympic song for basketball games.

Although Roundball Rock is an oldie, most basketball fans know this catchy John Tesh tune by heart.

If you want to hoop to an oldie but upbeat basketball song you will enjoy Roundball Rock. It may not have all the swagger of today’s music but it is a classic when it comes to the best basketball songs of all time.

When it comes to basketball greats, Michael Jordan is at the very top of the list. For most MJ fans this Chicago Bulls theme track by Sirius is not just a basketball song but the best basketball song of all time.

With the upbeat catchy tune and lyrics like – I am the eye in the sky looking at you/I can read your mind/I am the maker of rules – it’s hard to beat this song for inspiration and spirit.

The Alan Parsons Project released the song in the early 80s but it still enjoys lots of airplay at sporting events. Whether you are an MJ fan or not, Sirius is a great song to get you raring to go when you are warming up or looking for some inspiration to win.

These are some of the lyrics that make Champions one of the best basketball songs of all time. This upbeat song by former Lakers player Ron Artest resonates with basket players and fans across the globe.

Ron is not the first basketball player to release a hit single but this big moments song stands out as one of the best. The former Laker’s player changed his name to Metta World Peace ahead of the 2011/2012 season and yet again to Metta Ford-Artest. Nonetheless, Champions remains one of NBA’s best songs.

Often Labelled as the best basketball song on the 2K11 playlist, Champions is an all-time favourite for both fans and players of the NBA.

There is no way to list the best basketball songs of all time without mentioning Quad City DJs Space Jam. This classic from the ’90s comes with all the hallmarks of a great basketball song, up-tempo beat, hype and a lot of swag.

Space Jam was the official soundtrack to the movie of the same name starring Michael Jordan and a host of Looney tune characters.

For a quick pick me up, or some much-needed adrenaline during practice, this classic will give you the energy you need to keep going.

Featured on Bleacher report’s NBA playoff playlists. Drake’s 10 Bands is popular as a pregame basketball song for many NBA players. This song by Drake may not have basketball lyrics but it brings the energy and swag popular as pre-game inspiration.

As an avid basketball fan, it is no surprise that plenty of Drake’s songs appear on NBA players pre-game playlists. This is because Drake’s songs embody the energy and attitude that helps to fire players up for their game.

Whether you are a Drake fan or not, you will enjoy the adrenaline shot this hip hop song delivers when practising your hoops. Fair warning; some of the lyrics in the song are NSFW.

If you are not new to NBA 2K12 then you no doubt recognize Kurtis Blow Basketball. As far as basketball songs go, this is as straight forward as it gets.

This song references all-time greats, best offensive plays and centres around a love for the sport. With a chorus like –we love that basketball– this popular anthem resonates with a lot of NBA fans and players across the globe.

You can also find Bow Wow’s version of Basketball on YouTube. It has a slightly faster tempo compared to Kurtis’s but the gist of the song remains the same.

9. Till I Collapse (Remix): Eminem

For adrenaline junkies who need extra juice to get them pumped for a game, Eminem’s Till I collapse is just what the doctor ordered. This remix featuring all-time greats like Tupac and 50 Cent will get even the most sluggish up and raring to go.

If the upbeat tempo doesn’t get you going then lyrics like –And not be a quitter no matter how bad you wanna just fall flat on your face- are bound to keep you on your feet.

Till I collapse makes the list of the best basketball songs because it embodies the fighting spirit of the game. If you want a basketball song to spur you on even when you are on the losing end, the aptly named Till I Collapse is a great place to start.

Straight out of the 40s is Sweet Georgia Brown, a blast from the past that is nonetheless synonymous with basketball. In America, the Globetrotters made this song iconic and it has stood the test of time as one of the best basketball songs of all time.

It may not have the tempo or swagger of modern basketball songs but this quirky song is a great pre-game listen.

For people who enjoy classics, Sweet Georgia Brown is an unforgettable basketball song made for lovers of the sport. You can check out the Harlem Globetrotters on YouTube for a taste of this 40’s oldie but goodie.

Choosing the Best Basketball Songs for your Playlist

Pick a Song That Energizes and Pumps You Up

Music and sport go hand in hand for a lot of reasons. Games like basketball take a lot of physical endurance and music can help you find the energy you need to keep going. That is why most NBA players have a playlist of their favourite pump-up music to give them an adrenaline boost before the game.

So, if you just need a pick me up before your practice or game, you will find that with the right song you can get the energy you need to stay pumped up.

Since music is pretty subjective, create your own playlist with songs that have an energizing effect on you. For instance, Eminem’s Lose Yourself may be a great energizer for most people; however if it doesn’t do it for you, do not be afraid to find something that does.

Look for Lyrics That Motivate and Inspire

Music can provide great motivation for playing fast-paced sports such as basketball. If you listen to the best basketball songs, you will find that the lyrics are mostly about winning, not giving up, or fighting to the end. T

his kind of lyrics can motivate you to push yourself, especially when engaged in a physical sport. Even when you are not actively listening to the lyrics, the subliminal message can influence your subconscious positively.

A great basketball song should inspire you to win or at the very least do your best. There are tons of songs out there with lyrics to motivate. Just be sure to pick a song that has great energy as well as inspirational lyrics to get the best of both worlds.

Choose Songs That You Enjoy

No matter what level you are playing at, basketball is supposed to be fun and entertaining. This means that as you watch it or play it, the one thing you should always do is enjoy the game.

The right basketball song can make the game a lot more fun by injecting the right mood into the atmosphere. Find a basketball song that has an uplifting tempo that helps to keep things fun and entertaining.

Forget what is on your favourite player’s playlist and just pick a song that you enjoy to make part of your basketball playlist. The more you enjoy the game, the better you are likely to play.

So if classical music is your jam, ditch the hip hop and play that jazz if it will make you enjoy the game. Whatever you choose make sure it enhances your enjoyment of the game and enhances your experience.

Basketball songs have been around for as long as the sport itself has. For most people, certain songs simply bring to mind images of hoops, layups and their favourite NBA players. Our top ten list features the most popular basketball songs throughout time.

However, there are still plenty of great basketball songs to explore out there. Make these great songs part of your basketball playlist and enhance your experience of the game both on and off the court.