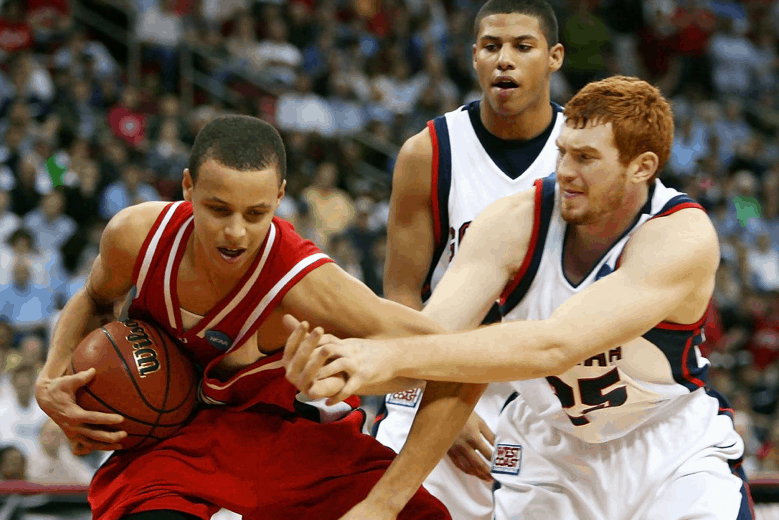 Basketball is a game loved by many people the world over. It is one of the most engaging and captivating sports. Millions of fans flock to the stadiums to watch this game. According to this survey, during the 2019/2020 season, up to 17 million people attended the National Basketball Association games.

There are many reasons why people love watching the game, including its highly competitive nature. The game is also fun, and easy to access. This high-paced game that keeps fans at the edge of their seats.

To enjoy the game more, you must understand all its rules. Doing so helps you follow through and comprehend what’s happening when it happens. You will also know when your team or a player has committed a foul and the resulting consequence.

In this piece, you will learn what a reach-in foul is, when it is considered a foul, examples, penalties for that, and much more.

Definition of Reach-In Foul in Basketball

A reach-in foul is a terminology used in a basketball match to describe when a defender reaches in to steal the handler’s ball. While at it, they make extreme and uncontrolled physical contact with the ball handler.

The defender could also be called for a foul if, when reaching for the ball, the contact is too much to obstruct the path of the ball-handler when he or she is dribbling.

According to the original NBA rule book, reaching in foul is not a foul. However, the term has continued to gain popularity among commentators, journalists, and fans. Reach-in foul does not exist in the NBA rule book since the actual game can be high-paced.

Thus, it is hard to see what went on unless the footage is replayed. This could also take too much time; therefore, they choose to overlook it. The rule book suggests only three types of fouls, which include pushing, blocking, and holding.

A pushing foul is committed by the defensive player when he pushes the ball handler or bumps into their opponent’s body, creating an obstacle. When pushing occurs, the ball is awarded to the defensive team.

If a player committing this foul were called out many times for the same reason, they would be suspended from the court until the game ends.

When the offender dribbles the ball, heading towards the basket, the defensive player comes in and knocks them with his body—in most cases, blocking results in free throws favoring your opponent. It is, however, challenging for the referee to determine who was at fault or whether it should be regarded as a charge or a block.

It occurs when the defensive player tries to grab, pull or hold the ball handler; they have the ball. This is termed as a holding foul.

The player in possession of the ball, however, gets more specific rules. Therefore, if the defender contacts the player with the ball in any manner other than just an incidental way could be termed as a foul. If the contact does not affect the ball handler’s balance or quickness, that would be an exception.

Another exception for a foul is when the player with the ball has their back to the basket, and the defender applies their forearm to the back of the ball-handler to establish a defensive position.

Nonetheless, if the player with the ball is facing the basket, then the defender reaches in, making contact in any way, then the referee will rule the act as afoul even when they don’t intend to reach in for a steal.

Why Defensive Players Reach-In for The Ball?

Defensive players usually reach in for the ball against the ball-handler to impede their progress to the basket while at the same time trying to steal the ball. Instead, the ball handler gets slapped on the wrist. The referee then blows the whistle due to the reach-in foul. The players could defensively, quickly try to get back the ball, and while at it, they get caught reaching in.

Can you steal the ball without creating a reach-in foul?

Yes! There are two ways to steal the ball safely without the referee calling a foul against you. First, you can grab the basketball from the opponent.

To avoid creating a reach-in foul, be sure to grab it when it is not being dribbled. This could be a challenge; however, ensure you grab it with both hands.

Alternatively, strive to get in a close position with your opponent, ensuring that the handler will drop the basketball. Make sure the palm of your hand is facing upwards to swipe the base of the basketball.

This is the best way to steal the ball without being flagged down by the referee. Only ensure your hand is swift enough not to be seen by the offensive player while tapping the ball from below.

The Penalties for the Reach-In Foul

Once the foul is reached, the offended team will be provided the ball-out-of-bound. It, however, depends upon the situation as, at times, the team is likely to be awarded three free throws. In essence:

What the NBA Rule Book Suggests About the Reach-In Foul

The NBA rule book defines an illegal contact in rule 12B as a personal foul. In point A, the rule book explains that preventing, pushing, charging in, or holding your opponent’s improvement by extending your hand, arm, knee, or leg or even bending your body abnormally is illegal.

A defender, when defending the offender, is not allowed to make any contact with them. It is not legal for the defender to touch the ball handler with their forearm or any part of the body.

Point B of the rules provides some exceptions to Point A. For example, whenever there is an unintentional contact with the opponent, this does not qualify to be a reach-in so long as it does not affect the ball handler from executing.

The same rule, part C, suggests that if the player’s movement against their opponent makes illegal contact with their opponent, they would be charged for making a personal foul. Point E also provides that it is unlawful for the offender to touch with his hands while processing the ball.

Most of the reach-in fouls occur in such situations. Usually, the hand is regarded as part of the ball each time it contacts the basketball. Nonetheless, contact with that part of the hand is viewed as legal.

The basketball game has many fouls. Most of them may seem easy to understand; however, they are not easy-peasy as most people think. As seen above, a reach-in foul does not exist in the NBA rule book. However, it is a way to refer to various types of holding, blocking, and pushing fouls.

Though it sounds odd, it is crucial to understand different basketball game parts that would become easy for you to play or follow. It is vital, therefore, to better understand these and many fouls in basketball.

An excellent basketball match entails playing good, hard defense, only ensure you are keeping your hands to yourself.

How Many Fouls to Foul Out in NBA?

What is a Clear Path Foul?