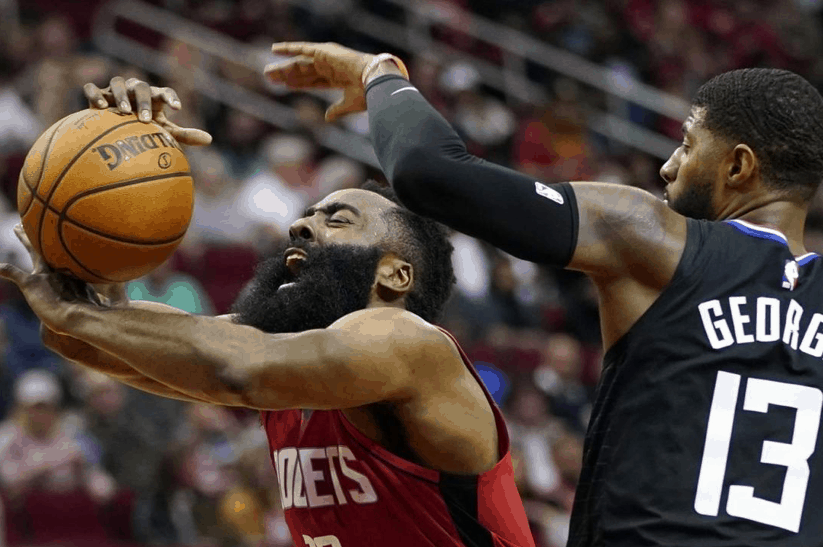 Fouling in a limited-contact sport such as basketball is almost inevitable and affects some players a lot more than others. Contact and a small amount of roughness is a part of the motion of basketball, but after a certain level these two things are highly discouraged and come with the consequence of a foul. Although fouls are common, in certain circumstances they can be the element that completely changes the game. As a team, one of the most detrimental consequences of fouls is when one of the team’s best performers fouls out of the game. Here is a deep dive into how a player fouls out in basketball and the effects it can have on the trajectory of a single game.

For starters, what is a foul?

In simple terms, a foul in basketball is an infringement of the rules that’s more serious than a violation. These infringements can be “illegal personal contact or unsportsmanlike conduct” both on the court or sidelines. Fouls are all rule violations, but not all rule violations are fouls which gives fouls specific penalties. These penalties can include the fouling team losing possession of the ball, the fouled player being awarded free throws, players fouling out of the game, and even more serious, suspension from numerous games.

The constant motion that comes with playing basketball makes ordinary fouls routine and not seen as bad sportsmanship. Although fouls have consequences because they’re rule violations a player isn’t belittled or shamed for committing a simple one. Trying to completely avoid fouls can actually cause a player to be ineffective in some cases because they are playing more cautiously in a game that requires driving action from the offensive players and pushing action from the defensive players. Opposite of that though, more violent and serious fouls do have more disciplinary penalties and are unsportsmanlike which can be a bad situation for both a player and their team.

How many fouls does it take for a player to foul out?

For the NBA (National Basketball Association), it takes six fouls by a player for the player to foul out. This is one more foul allotted by the NBA compared to high school and NCAA (National Collegiate Athletic Association) because NBA games are 48 minutes versus 40 minutes for high school and NCAA. When a player fouls out they are not allowed to play for the rest of the game. This is clearly a consequence coaches and players don’t want to reach for themselves, but would benefit from if the opposing team were to have players foul out of the game.

What are the types of fouls a player can get?

There are 5 common fouls that an individual player can get. These fouls are personal, flagrant, offensive, loose ball, and technical. Flagrant, offensive and loose ball fouls are all considered under the umbrella of a personal foul. Here is a quick breakdown of each of these 5 foul types.

A personal foul involves a player making illegal physical contact with an opposing player. This contact includes holding, pushing, charging, and hindering an opponent’s progress by extending hands, legs, arms, or knees or bending the body in what is considered an abnormal position. A foul made on an opposing player that is shooting is a shooting foul which awards the fouled player with free throw attempts. The fouled player will receive two shots if they were attempting a two point shot and three shots if they were attempting a three point shot when fouled. One free throw is awarded if the player’s shot when fouled made it in and the original basket counts.

Flagrant fouls are when the opposing player could possibly get injured. There are two types of flagrant. Flagrant 1 involves unnecessary contact and the penalty is one free throw and possession of the ball by the opponents. Flagrant 2 involves excessive and unnecessary contact with the penalty being a fine and ejection from the game for the player who fouled and free throws and possession of the ball for the opposing team.

This foul is committed when an offensive player’s team has the possession of the ball. There are two common types of offensive fouls. Charging is called when a defensive player has their feet planted in a locked position and the offensive player makes contact with them. An illegal screen is called when prevention of a defender from moving around the court is made by a non-ball-handling player moving while setting a screen for their teammate.

Technical fouls are called when the game’s administrative rules are violated. When players are fighting or being verbally abusive are two common times when officials will assess a technical. (Note that a coach can also receive a technical foul based on abrasiveness when disputing a call and by fighting or verbal abuse.) The penalty for technical fouls results in the opposing team being awarded a free throw and possession of the ball is changed. Two technical fouls result in ejection of the game and if a player has a history of technicals they are at risk of regular game and possibly playoff game suspension.

With these five fouls a player can get broken down now it creates a clearer picture of how more or less easy or hard it is to get a foul and to collect them to the point of fouling out, which is again six fouls.

To avoid a player fouling out coaches will often bench a player who has committed two or more fouls in a short amount of time, say around 5 to 10 minutes. Benching a player for a period time is a strategy coaches use so there foul concerns are lessened in the 48 minute long game. A common rule of thumb coaches abide with is three fouls in the first half of the game. Half of the 6 foul limit during the first half of the game, it makes sense. There are rare occasions where coaches take the “risk” of breaking this unspoken rule of thumb.

Whether or not avoiding fouling out is a good or bad thing is mainly based on personal opinion which is made based on several factors, one being the importance of players’ playing time versus the risk of the team’s ability to win if said players foul out of the game. Zack Lessner in his article, “Basketball Coaches Need to Stop Sitting Players Who Are In Foul Trouble” brings up the question that if a team’s player is known for getting into trouble with fouls wouldn’t the team still want the player to play their maximum time? When players are benched in order to avoid fouling out it can be a waste of how much time they could actually potentially play. There is no way to be able to determine whether or not a player is for certain going to foul out of a game, it’s all based on risk prevention and this prevention could actually be hindering a team and the player. As said earlier in the article a player who is trying to avoid fouls at all costs may start playing in a way that is not efficient and ineffective, which could make keeping a player at risk of fouling out on the court a disadvantage. It’s a logical argument to want a team’s best player to play their max time regardless of the risk of fouling out, but it’s also logical to want to bench the player for the need of them to be in the game later.

Fouling Out Changing the Trajectory of the Game

A player fouling out of a game has obvious effects on the game no matter if it’s one of the best or the worst team members. Here are some examples of how fouling out changed the game.

In October 2019 in a game against the LA Clippers, Devin Booker, playing for the Phoenix Suns, fouled out Patrick Beverley. Beverley is known for being a more feisty and “trash talking” player. Booker successfully did a fade-away and-1 that caused Beverley’s sixth foul of the game. This happened with more than 6 minutes left in the game and was a rallying point for the Suns. The crowd went wild in the arena and Beverly got a wave goodbye from the Sun’s bench.

In game 3 in 2019 the Toronto Raptors beat the Milwaukee Bucks in double overtime 118-112. A major factor in this win involves Bucks’ player Giannis Antetokounmpo fouling out bringing the Bucks downhill because they couldn’t figure out the offensive end, helping the Raptors grab the win. Had Giannis not fouled out, the game could have had a different outcome. This is a case where a player fouling out not only changed the atmosphere of the game, but most likely had a direct effect on a team’s game loss.

The Fastest Player Foul Out in History, Bubba Wells

On December 29, 1997, Dallas Mavericks’ player Bubba Wells made history as the player with the fastest time to ever foul out in a game, and it was all completely intentional. Within 3 minutes, Wells collected 6 fouls on Bulls’ player Dennis Rodman. Why did he do this? It was all a part of a strategy by Don Nelson, coach of the Mavericks at that time. Nelson instructed Wells to foul Rodman till the Mavs got into penalty, putting the Bulls’ players at the free throw line every foul after. Rodman was not considered a great free thrower which is why they chose him. Unfortunately Nelson’s strategy wasn’t able to hold up in this game due to Rodman hitting 9 out of 12 of his free throws which was upset with his 58% overall free throw average.

This strategy of intentionally fouling a player numerous times had not been done before. So not only did Bubba Wells become the fastest player in history to foul out of a game, but a new strategy was invented. This strategy is now commonly known as a “Hack-A-Shaq”, where teams continuously foul the opposing team’s worst free throw shooter in hopes to get possession of the ball quicker. 2 years later after his initial try with Rodman, Nelson decided to go after Shaquille O’Neal with this strategy and the name Hack-A-Shaq was born. The NBA has placed rules in order to limit the amount of Hack-A-Shaqs in a game.

A player fouling out of a game can be all it takes to completely change the trajectory of the game. This chance is what makes coaches and players try to avoid raking up fouls. However, we know that fouls are pretty inevitable in basketball due to the constant amount of movement and close proximity that is involved in the game. Out of the 5 common fouls a player can get, technical fouls can be avoided more easily than the other 4. Loose ball, offensive, and flagrant fouls are all under the umbrella of personal fouls but have a clear distinction between them. Personal fouls are going to happen in a game, there’s no dodging them without losing a player’s effectiveness within a game. Avoiding a single foul can be difficult, but avoiding a player completely fouling out by collecting 6 of them can make or break a team’s chance of winning, the same as intentionally putting a player in specifically to use all of their fouls. Overall, the effects of fouling out can be both good and bad depending on the player, where the team stands, strategy, and simply the timing of it all.