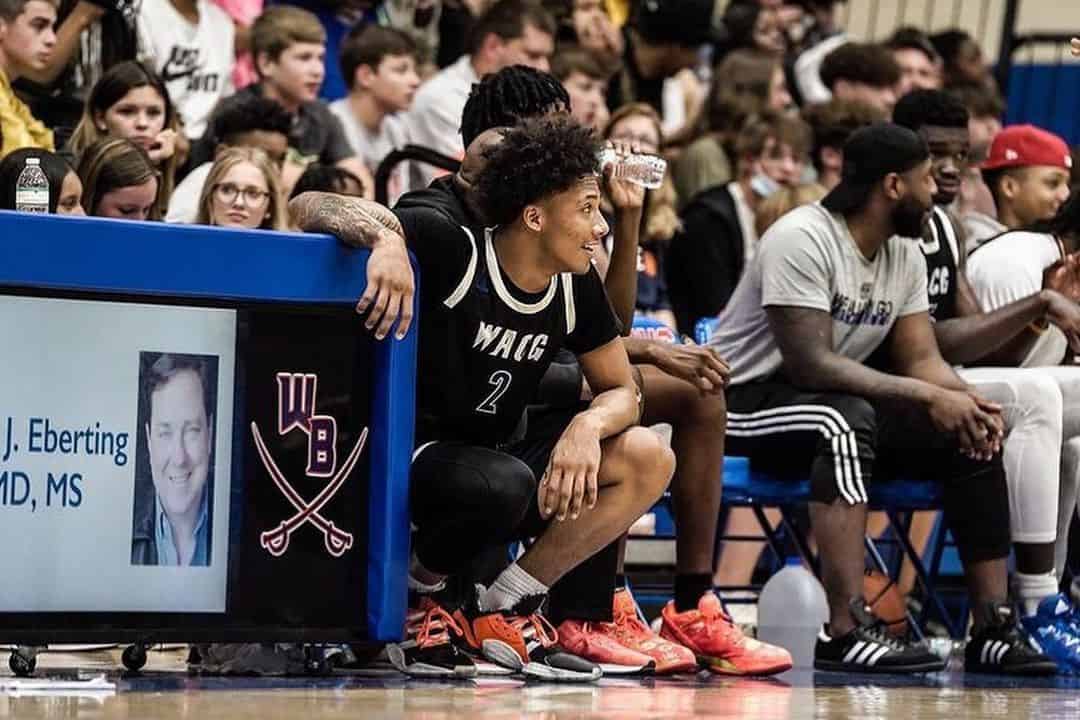 Whether you’re watching a basketball game online or in person, it can seem like the match goes on forever. Depending on how you feel about basketball, that can be a good or a bad thing (hopefully the former!).

But obviously, basketball games do end at some point, so what’s the average length of a basketball game? This relies on a few aspects, which we’ll be covering below.

How Long is a Basketball Game?

The average length of a basketball match depends on a few factors, including the age and gender of the players, the level of competition, and the number of participants. For example, NBA basketball games last longer than high school matches.

The duration of a basketball game itself is around 48 minutes. However, the game clock usually stops and starts throughout the match, so a lot of games run for about 2 ½ hours.

Additionally, if overtime is triggered, the basketball game can last even longer.

How Many Quarters are There in a Basketball Game?

Now that we’ve established the average length of a basketball match, you might be wondering how many quarters there are in a basketball game.

As we mentioned above, the duration of basketball games and quarters depends on the level of competition.

How Long is Halftime in a Basketball Game?

Halftime typically lasts for 15 minutes. During this break, players and coaches return to their locker rooms to rejuvenate and come up with strategies for the second half of the match.

How Long is Overtime in Basketball?

Overtime occurs when a score is tied at the end of regulation play. An overtime period usually

lasts for 5 minutes, and can happen multiple times until a winner is decided. In fact, it’s taken up to 6 overtime periods to decide upon the winning team in a NBA match.

In levels below collegiate/Olympic play, one overtime period is half the duration of a standard quarter.

What’s the Difference in Time Between NBA, NCAA, FIBA, and High School Basketball?

As you probably already know, NBA stands for the National Basketball Association. It’s the highest level of basketball you can play in the world. If you watch any NBA game, particularly consisting of renowned teams, it’s very clear the level of professionalism and skill each player has.

The duration of an NBA match is 48 minutes long, made up of four 12-minute quarters.

NCAA matches, on the other hand, last for around 40 minutes, consisting of two 20-minute halves.

If you didn’t already know, the NCAA stands for National Collegiate Athletic Association. They are one of the governing bodies of college basketball in the USA, alongside the NAIA, USCAA, NCAA, and NCCAA.

One of the most famous yearly sporting events in the USA is the NCAA Division I Men’s Basketball Tournament. It’s played in March and is a single-elimination tournament that features 68  college basketball teams from NCAA D-1 (Division 1).

This is the highest level of intercollegiate athletics authorized by the NCAA, so make no mistake, these guys are pretty good at playing ball! Some of these players, if they prove their skills, may even find themselves playing for an NBA team in the future.

FIBA is an acronym of the International Basketball Federation. It’s an association consisting of national organizations that overlook basketball sport worldwide.

Not only does FIBA control the rules of basketball, but it also defines the equipment and facilities needed, arranges international competitions, governs the appointment of international referees, and manages the transfer of athletes across countries.

There are 213 national federations a part of the FIBA, split into 5 zones: Africa, Asia, Americas, Oceania, and Europe.

FIBA manages the men’s and women’s FIBA World Olympic Qualifying Tournament and the Summer Olympics Basketball Tournament. The FIBA Basketball World Cup, which consists of a similar structure to the FIFA World Cup, is a world competition for men’s national basketball teams that occurs every 4 years.

There is also an event for women’s teams, also held every 4 years, called the FIBA Women’s Basketball World Cup.

High school Basketball is played in many high schools across the USA and is popular with both boys and girls. In fact, the National Federation of State High School Associations revealed there were 541,479 boys and 429,504 girls in basketball teams during the 2014-15 season.

A lot of basketball teams are popularly watched by locals, particularly in the Upper South and Midwest. Indiana especially is well-known for its basketball-loving residents, referred to as Hoosier Hysteria.

It’s hard not to get wrapped up in the thrill and excitement of a basketball game, especially in person. While the duration of most basketball games is 48 minutes, they often extend to 2 ½ hours due to overtime and the game clock stopping and starting constantly.

That means you have plenty of time to grab some snacks, sit back, and most importantly, enjoy the show!